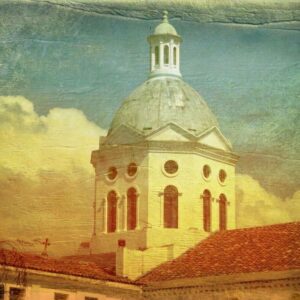 This issue addresses one root cause of the concentration of power, wealth and cultural dominance in our society–heterosexual, white male-controlled Christian hegemony. Christian hegemony is the everyday, pervasive, and systematic set of Christian values and beliefs, individuals and institutions that dominate all aspects of our society through the social, political, economic, and cultural power they wield. Nothing is unaffected by Christian hegemony (whether we are Christian or not) including our personal beliefs and values, our relationships to other people and to the natural environment, and our economic, political, education, health care, criminal/legal, housing, and other social systems. 74 million people voted for Donald Trump in the 2020 elections. They were overwhelmingly white Christians who identify at least loosely as Christian Nationalists. (They believe that “the United States is and ought to be a Christian nation governed under a reactionary understanding of Christian values.“) Trump voters weren’t only Christian nationalists. In 2020 a large number of white mainline Protestants (52%) also voted for him. They understood that Trump and Vice President Pence, a Christian fundamentalist, spent the last four years supporting policies that directly benefited White Christians. Some of these “accomplishments” included:
As one report states, “Unfortunately, but unsurprisingly, the bulk of negative legislation sought by Christian nationalists, such as those behind Project Blitz, targets schools and youth.  Protection of youth from religion-based harm are areas of particular concern in 2021. Child marriage; female genital mutilation; sex education; medical neglect due to beliefs prescribing faith healing only; anti-LGBTQ+ conversion therapy; promotion of Christianity in public schools; and the lack of sensible regulation of homeschooling which allows physical and sexual abuse of children to proliferate along with educational neglect should all singled out for attention.”
Read the full newsletter here.