Dear People,
I want to lift up and honor the work of the Oakland Men’s Project (OMP). Forty years ago this month a diverse group of male-identified people came together in the San Francisco Bay Area to figure out how we could best support the struggle against sexism and male violence. Inspired by women in the women’s liberation movement working to end domestic violence, sexual assault, child sexual assault, sexual harassment and pornography we ended up putting together OMP to educate and mobilize men. OMP’s motto was “Men’s Work: To Stop Male Violence. Within six months we were conducting workshops with adult men in the community and by the end of 1979 we were also doing work in Middle and High schools in the Bay Area. OMP lasted nearly twenty years and out of that work came many workshops and training, consulting, a youth leadership training program, community projects and widely used books and curricula—many of which can be found on my website at www.paulkivel.com. I want to acknowledge all the incredible staff, board members, and volunteers who contributed to the work (some of whom are tagged below) and note the passing of some of our early leaders: Allan Creighton, Martin Cano, Harrison Sims, David Landes, and our friend and comrade Ricky Sherover-Marcuse. Men’s Work is still to stop male violence, challenge all forms of male supremacy and to participate in the struggle to create an inclusive society based on love, healing, caring, justice, and interdependence with all living things. A Luta Continua! 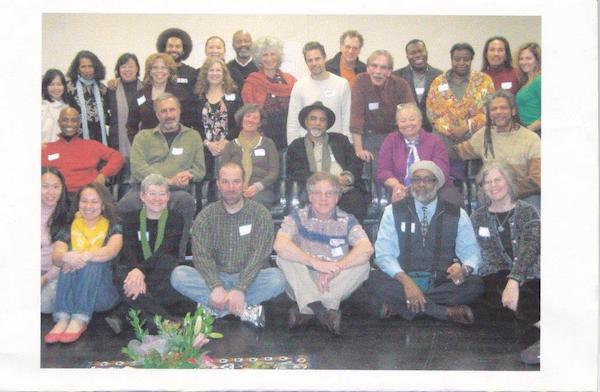