White Supremacy is a Global System 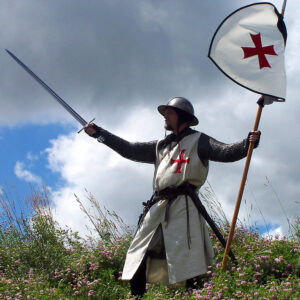 The title of this work translates to: “Not to us, O Lord, but to your name be the glory.” by One lucky guy is licensed under CC BY-NC-SA 2.0

White supremacy is a global system of domination. It was developed by European colonial powers in the fourteenth and fifteenth centuries to conquer, claim, and exploit Indigenous land and peoples throughout the world. Carried out by armed force, the system was justified by the Christian Doctrine of Discovery in which the Pope, as God’s representative on Earth, gave Christian rulers permission and responsibility to conquer and possess any and all lands not already ruled by Christians. They were granted divine permission to enslave, exploit and kill the inhabitants and take anything they wanted from them. Spain and Portugal were the first colonizers, followed by France, England, Germany, the Netherlands, Italy, Belgium and, eventually, upon its independence, the United States. Each of these colonial countries established their domination through horrendous crimes of violence, terror and genocide in order to supply raw material and labor for their developing capitalist economies.

Because of tremendous resistance on every continent, it took over 400 years (from the end of the 15th century to the end of the 19th) for Europeans to extend their colonial system throughout the world. Colonialism is based on white supremacy, in which white Christians built power and wealth from stolen land and enslaved labor, and non-Christians were labeled biologically, psychologically, and mentally inferior, less than human and dangerous to civilized (i.e. white) people. 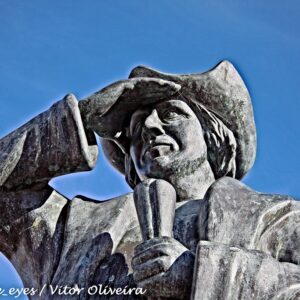 This is our legacy, both the conquest–with its exploitation, slavery and violence—and the resistance. Because of this collective history, all anti-colonial and anti-racist struggles are interconnected.

We are located within the country currently leading the global, neoliberal, economic and political exploitation and destruction of land and people. We fund the armies and provide the arms for war1, ongoing colonization and ecological devastation on every continent. Just since WWII, some of the more well-known anti-colonial struggles–which have inspired movements of solidarity here in the U.S.– have been fought in India, China, the Philippines, Guatemala, Iran, Vietnam, Algeria, Cuba, South Africa, Chile, Northern Ireland, Kenya, East Timor, Palestine, Venezuela, Mozambique, and Nicaragua. 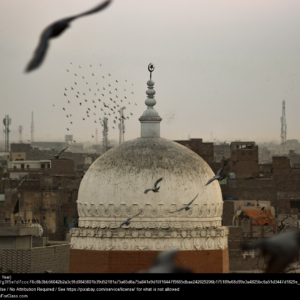 The US continues to play a key role in maintaining colonial wars resulting in exploitation, genocide against indigenous peoples and environmental devastation on every continent. In West Asia and North Africa alone, the US is currently involved in the attack on seven different predominantly Muslim countries. It provides ongoing support to dictators and exploitation throughout the region and support for the Israeli occupation of Palestine, the Saudi Arabian attacks on Yemen, the Turkish attacks on the Kurds, and the Moroccan occupation of Western Sahara. I could cite a dozen other examples in the world, but I highlight Israel for several reasons relevant to our collective work for racial justice.

Zionism is the ideology of the Israeli nation. Zionism is based on colonial racist assumptions about the right of Ashkenazi European Jews to colonize Palestine and parts of Jordan, Syria and Egypt. Its early motto was, “A land without people for a people without land,”4  erasing the existence of indigenous Palestinians and Bedouins and thereby denying their claims to their own land and culture. While attempting to provide a home for displaced Jewish survivors of the Jewish Holocaust, Zionists’ initial acts were a genocidal attack on Palestinians, the destruction of their homes, towns, and fields and their dispersal into refugee camps around the Middle East where they remain imprisoned. From the beginning their plan was to create a white supremacist state. 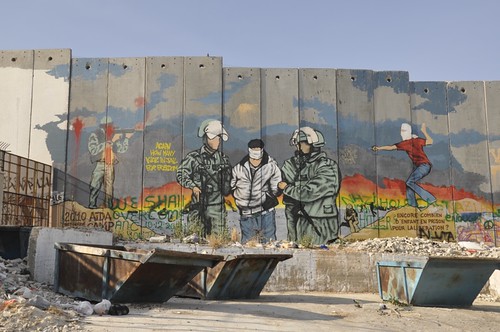 “Palestine Street Art” by wanderlasss is licensed under CC BY-NC 2.0

For decades, Palestinians have resisted the Israeli colonial state, despite continued Israeli state violence, further colonization, and racist policies, laws, and everyday acts of discrimination and marginalization. They have used marches, demonstrations, petitions, cultural work and non-violent direct action such as a united civilian call for boycotts, divestment and sanctions against Israel.

Whether in Palestine/Israel or in other countries, it is essential that those of us working against white supremacy resist US propaganda, reject US colonial policies and stand in solidarity with anti-colonial resistance movements such as in Palestine. Our essential role as justice-loving white people joining the Black, Indigenous, people of color-led struggle for racial, gender and economic justice is to challenge white supremacy within the US and in the various forms it takes in colonial policies throughout the world. Whether it involves direct US economic and military attacks on countries such as Iraq, Cuba, Iran, Afghanistan, or Venezuela, or military and economic support for client states such as Israel, Saudi Arabia, Turkey, and Morocco, we are engaged in one struggle for collective liberation. White supremacy is global: our resistance must be as well.

Brenneman, Jonathan and Aidan Orly. “Progressives Can’t Ignore the Role of Christian Zionism in Colonization of Palestine.” TruthOut, May 20, 2021.

Pappe, Ilan. The Ethnic Cleansing of Palestine. Oxford: One World, 2007.

Filed under: Religion by Paul Kivel
No Comments »